END_OF_DOCUMENT_TOKEN_TO_BE_REPLACED

That being said, let’s get to my recap!

END_OF_DOCUMENT_TOKEN_TO_BE_REPLACED 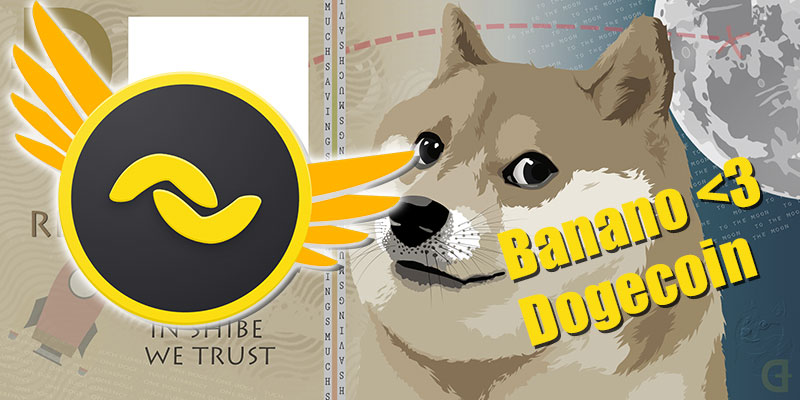 Ok, so why am I writing about crypto on my blog… well, I do love a good meme coin. And some of the peeps in the Banano Discord asked about how to set up a basic Dogecoin wallet and let’s be honest… things are much easier to understand when you have photos to follow along.

So what’s the deal?
Banano is doing an airdrop based on your holdings of Dogecoin from a snapshot they’re going to take on November 30th. The snapshot will be based on a wallet you register with them. This has led to a lot of people not as familiar with Doge trying to set up their own Doge wallet to cash in on some of that sweet, sweet potassium… ya dig?

I’m going to keep this as straight forward and simple as I possibly can so people can get their coins in, and then later get them out of a Doge wallet.

END_OF_DOCUMENT_TOKEN_TO_BE_REPLACED 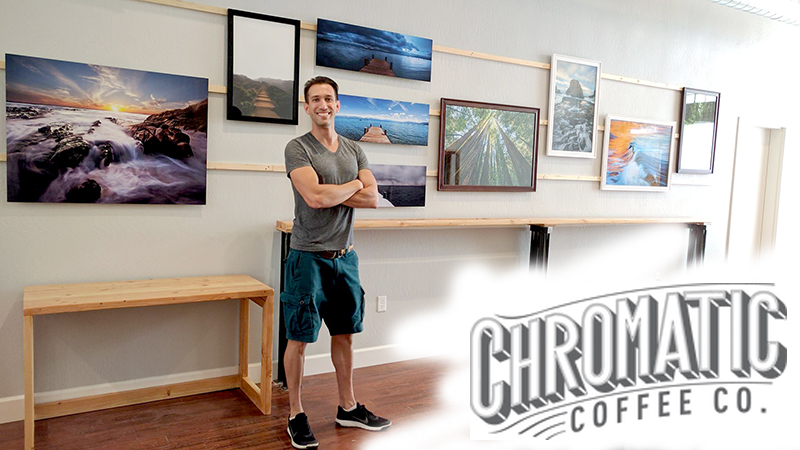 The new Chromatic Cafe Downtown San Jose location is open! And my work is featured on the walls!

I’m really thrilled to be able to share my work Downtown with everyone! I used to work downtown in college, and for a short while afterward, too. I still do photography around DTSJ as well – I have photographed the official headshots for San Jose Mayor Sam Liccardo as well as other city representatives. So while that work is hanging in City Hall three blocks away, THIS work is what allows me to be creative in a genre that pretty much everyone can enjoy.

I first started shooting landscape photography purely out of boredom after thinking “THAT’S not hard. I can do that…” (most of you know me for my commercial photography, sports imagery, or wedding photos… right?)

And while I sell prints online, and have the last several years, I rarely see them in person. Because, let’s face it, I don’t print all my work because I don’t own a 20,000 sq/ft house to hang it all in, sadly.

But head Downtown! Grab a coffee, and check out the images I selected to hang on the walls!

Check out images of the new cafe below! Along with a few details on the photos I currently have hanging up!

END_OF_DOCUMENT_TOKEN_TO_BE_REPLACED 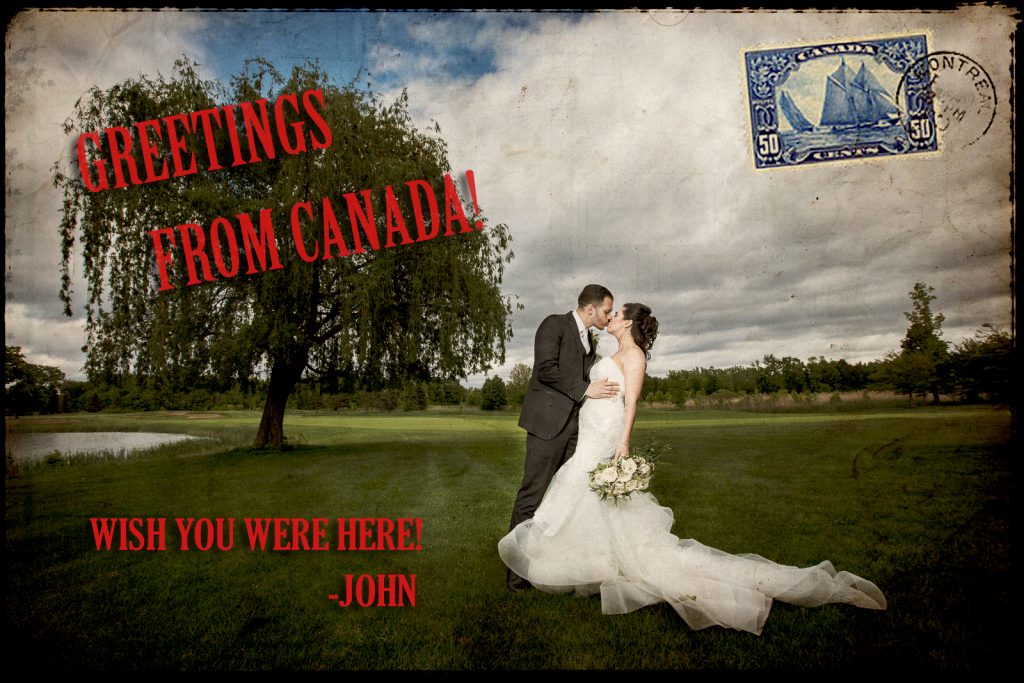 I just returned from Montréal, Quebec where I had a pleasure of shooting Bianca and Robert’s gorgeous wedding… and taking my first official trip to Canada! Ok, so I’ve been there once, but it was only for about 2 hours to buy a car with my former roommate.

Anyway.. How did I end up all the way in Canada AND the OTHER side of Canada for that matter?
Well that’s simple… about 14 years ago I worked in Florida and met a guy, who grew up with another guy, who at one point served in the army and met another guy, and guys 2 and 3 later took a cruise where there were some loud or creepy other guys that creeped out some girls but it was ok because guy number 3 is loud and American-sounding-guy so the girls hung out with guys 2 and 3 and girl number 1 fell in love with guy number 2 and because girls 1 and 2 lived in Canada and guy 2 was in love they decided guy 2 would move and they’d do that whole marriage/love/forever thing so guy number 1 was like “yo john, guy 2 and girl 1 are doing a thing and you gotta come over for that” and I was like “Sweet.”

But really though. I used to work with a guy named John. John’s childhood friend is Robert, the groom. John’s wedding gift to his long-time, childhood friend? My wedding photography.

Ok, maybe that was easier. But the first way of explaining it way more fun sounding.

As I’ve said before in other write-ups on weddings, it’s hugely flattering to be asked to fly somewhere for work. And I’ve been very fortunate to fly cross country for weddings many times.
This was my first international wedding I was booked for.
And after making sure, a few times, that Bianca and Robert had reviewed my photography and approved of John’s gift to the two of them, I started making plans with John regarding travel and details.

That was basically the main request Bianca had as we started exchange emails and work out details for the wedding. I tend to stay out of the bride’s way during planning until things get close to the actual wedding weekend. I checked in a few times, and I asked Bianca to start thinking of any images she liked or wanted for her and Robert. And, while there were a handful of specifics, the majority of it sounded largely that she just wanted to make sure she would have plenty of shots to remember things by.

And that can be easier as far as requests go.

So, as usual with my huge wedding recaps and write-ups, I’m going to leave a lot of the details for the captions. Save to say that I had an absolutely wonderful time with Bianca, Robert, and their families and friends. Everyone I met in Canada was incredibly welcoming and very friendly. I would definitely travel back to Montréal again whenever that chance comes up.

Click past the break below for a HUGE collection of images, seriously it’s like 600 photos, from Bianca and Robert’s massive wedding celebration this past weekend.

END_OF_DOCUMENT_TOKEN_TO_BE_REPLACED 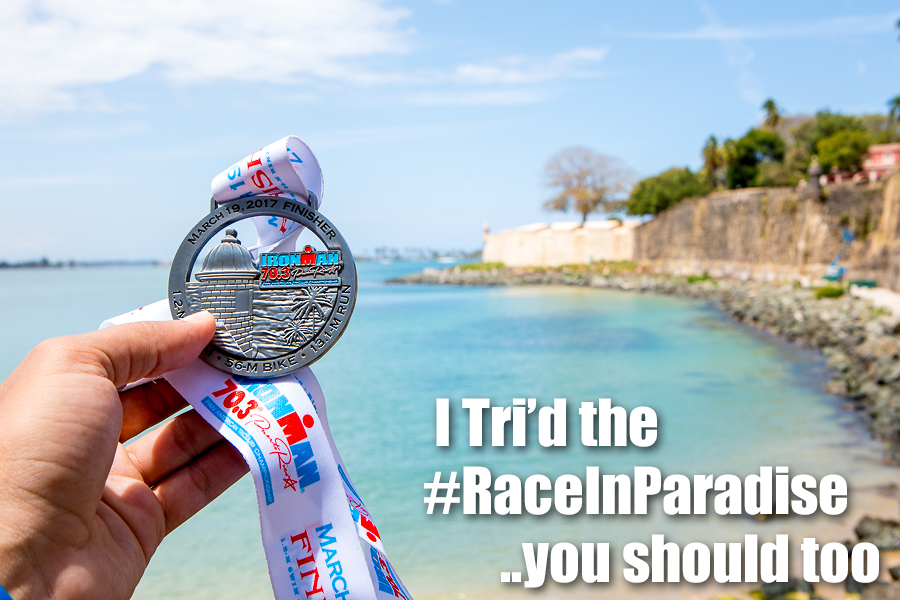 #RaceInParadise, that’s what they call it. And it’s beautiful.

It was nearly two years ago now when I dropped the idea to my friend Naidymar that she should do the Half Ironman in Puerto Rico. “You should sign up! Go race in your home country! I’ll do it with you!”
That was basically the initial conversation. And it led to a race. 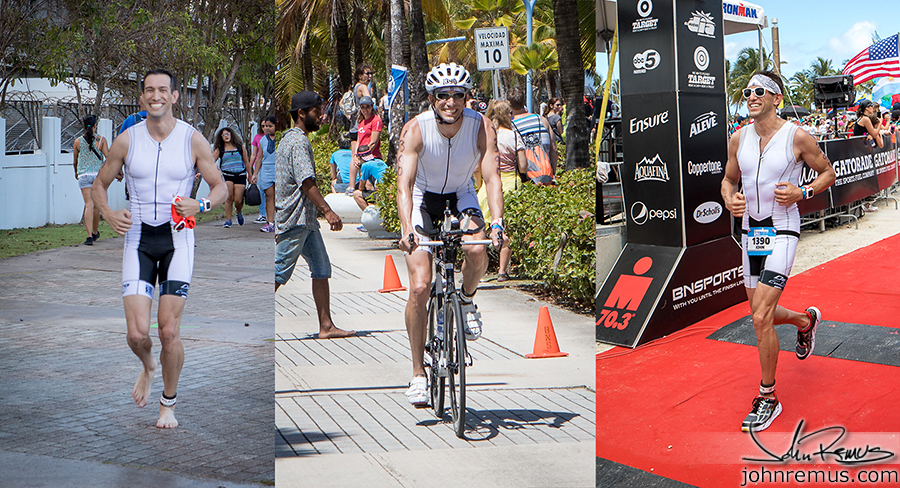 There were two reasons for me pushing to do this event:

Looking back in a group chat we have with several friends that was the first time I actually said something. The original thought was to do a relay, but that quickly changed to each doing our own race. Things slowly progressed from there.

So when I got a text message from her saying “I’m signed up!” my reaction was both “Hell yes!” and “Shit! Now I gotta figure out logistics for that race…”

END_OF_DOCUMENT_TOKEN_TO_BE_REPLACED 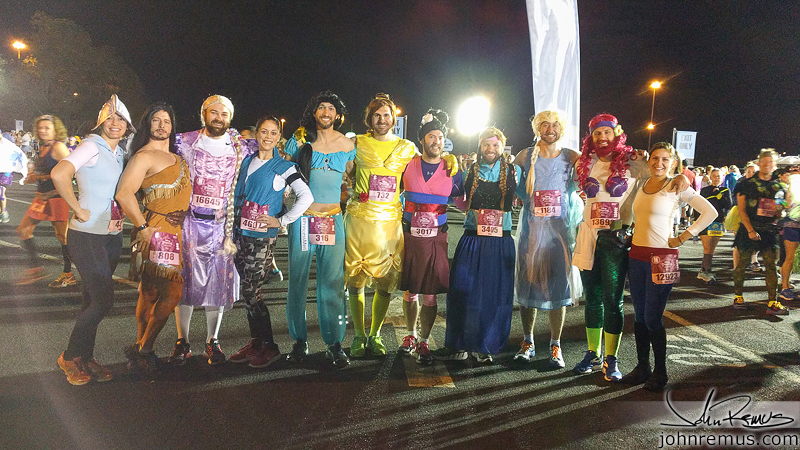 “Guys.. we’re gonna do the Princess Half.. and we’re gonna dress up.. as princesses”
That was pretty much how things started. And three years later here we are.

To say that the idea of #PrincessMen grew into something we would have never foreseen is obvious. To find ourselves welcomed so warmly by so many two years after that first run in 2015 is still a shock, but way more fun now!

After the first race two years ago we watched posts online over social media quickly questioning “WHO were those guys!?”. During the second race in 2016 we were greeted by “I was hoping to see you guys!” followed by topping Buzzfeed’s Best-Dressed list from the race. Haha!

Read about our first year here
Or, read about the second year here

Now in our third year, and back to our original large group (plus a couple new faces) we were met with “I joined the Half Marathon just to meet you guys..”

Consider that for a moment. Several woman out there not only considered, but signed up for, paid, trained, AND COMPLETED a half marathon and credited us with getting them there.
Shelly was just one of several ladies who posted comments like these online, or told us in-person during the race.
And while I’m proud that our antics and humor is encouraging anyone to get out and run/walk and improve their health and lifestyle – THEY are the ones that put in the work and finished the event.

And they should be incredibly proud.

END_OF_DOCUMENT_TOKEN_TO_BE_REPLACED 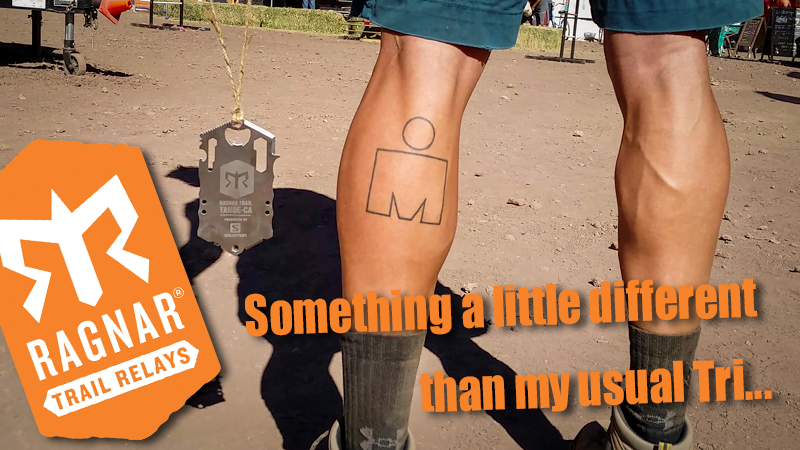 So this was one of the three main races I was hoping to complete this year. (The other two were Escape From Alcatraz Tri, and Half Iron Michigan that I opted out of in favor of a full Iron in December)
Ragnar was first introduced to me through a buddy of mine in Florida. He had brought up the possibility of doing a relay with our group out there in the Keys. But that was the road relay. Ragnar has two styles of races. Point-to-point road running, and multiple-loop trail running and camping. As I looked at the two different options I found their Tahoe race that immediately appealed to me _because_ it was in Tahoe and I knew it would be hard.

I’ve lived and trained in Tahoe two different summers for Ironman Tahoe. So I knew exactly what this race would require from me.

But I didn’t know enough people to assemble a team on my own. And frankly, at the time of this writing in July, I have competed in 11 races that I can think off the top of my head. Ragnar didn’t look like it was in the cards for me.

And then I randomly found a team last minute..

END_OF_DOCUMENT_TOKEN_TO_BE_REPLACED 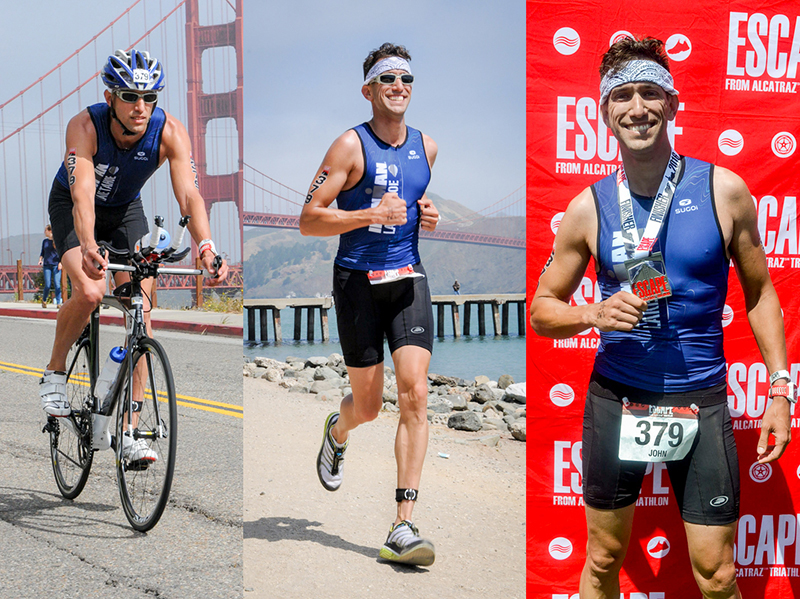 Everyone calls this race a “bucket list” race. Personally I think that term is ridiculously cliche and can’t stand it. I would prefer just to say “Yeah, it’s definitely one you should try and do if you’re interested”. And there’s currently a solid argument to be made that the 40% increase in cost this year is due to every triathlon writer calling this race “bucket list”.

I had first heard about Escape from friends. And then looked it up online back in 2014 for the 2015 race. I entered the second drawing, but was not selected. However I did get selected to race in the 2016 race in the next drawing that was held.

Reading about the race online was interesting because you see everyone’s underlying panic when they ask questions in forums or discuss it online. I didn’t consider the race distances to be difficult lengths. It was a 1.5 mile ocean swim in the Bay, 18 mile ride through San Francisco, and 8 mile run – including a beach section.
But my background with triathlons includes Ironman Lake Tahoe – so I now compare nearly every race to that one. People were particularly scared about the water, but when I lived in SoCal before recently moving back to the SF Bay Area I would train in the ocean. So waves don’t really bother me, nor does the salt.

And when it came down to the actual race, I knew I would have a fun time racing with minimal struggle throughout the day if I wanted. My goal would be 3hr 30min. And when race day came around I managed a 3:35:06

END_OF_DOCUMENT_TOKEN_TO_BE_REPLACED 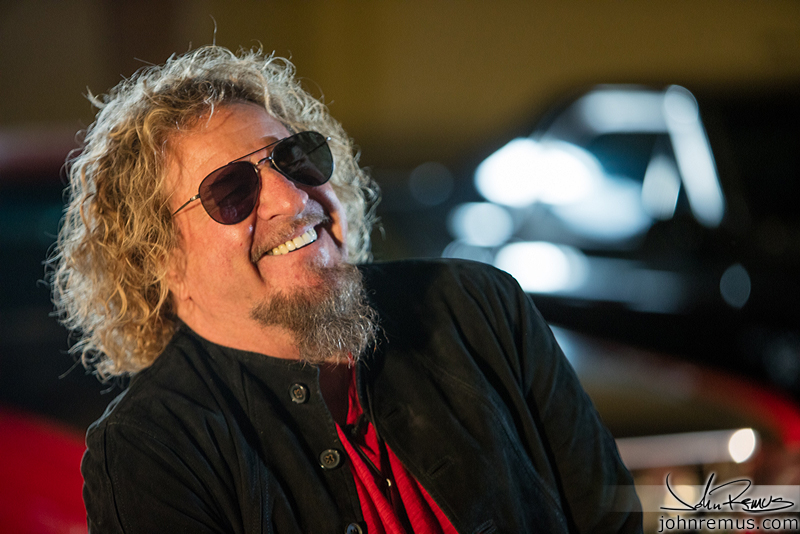 So it was a phone call somewhat out of the blue. A good friend of mine, and fellow photographer, down in LA reached out to me on a Wednesday to see if I would be around that weekend. I was momentarily caught off guard because he knows I no longer live in Southern California. But it turned out he was asking if I would be in the San Francisco Bay Area and available that weekend.
He said he might have a lead for me on a project he knew I would dig.

And after a few various emails that afternoon, and confirmation the following day, I was booked to shoot Sammy Hagar for AXS TV and Mercury Insurance!

Growing up I had listened to Van Halen, AC/DC, Led Zeppelin and all those classic rock groups with my dad. So I knew of Sammy and his music.

This would be awesome.
END_OF_DOCUMENT_TOKEN_TO_BE_REPLACED